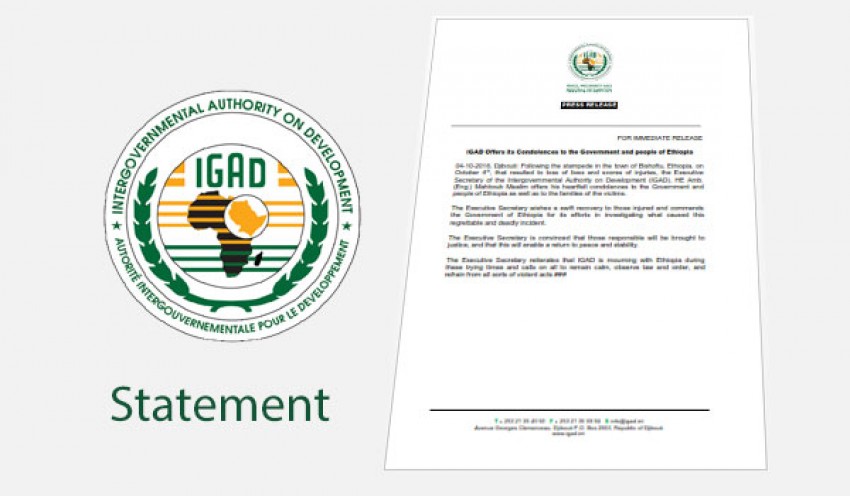 It was with deep shock the IGAD Council of Ministers came to learn about the detention, physical assault and abuse perpetrated upon CTSAMVM team on 18th of December at Lure Training Center by men in military uniform and civilian attires of the Transitional Government of National Unity (TGoNU).

The incident brings into question the commitment of the TGoNU to ensure that all its forces understand and respect the Agreement in spirit and in letter. Besides it sends a message to CTSAMVM members and other Permanent Ceasefire and Security monitoring institutions that their safety and security is at risk wherever they move.

The IGAD Council of Ministers condemns the violation and calls upon the Transitional Government of National Unity of South Sudan to immediately investigate the violation, bring the perpetrators and their pertinent superiors to justice, and apologize the victims and the countries they represent for the criminal act committed and notify the Council on measures taken as a matter of urgency.

The Council also calls upon all signatories and non-signatories to the Agreement to fully cooperate with CTSAMVM and other Peace Monitoring institutions in their effort to investigate any violations of the Agreement committed by any party so that the Peace Process is implemented and violators are held accountable.

The mandate of the CTSAMM is to monitor and verify the implementation of the Agreement on the Cessation of Hostilities (ACoH) as agreed by the Parties and thus help bring an end to the conflict and its devastating consequences: great loss of life, the displacement of millions of people and destruction of property and livelihoods.